Menachem Raitport, an ordained Rabbi, is running  for congress in the NY’s 9th Congressional District, a district with over 700,000 people. He is running on the Conservative Party line against Democrat incumbent Yvette Clark, who has held the office since 2013 • Full Story, Photos

By Baruch Lytle, The Jewish Press

Tell us a little about yourself. Where did you grow up and was your childhood experience with others as diverse as the district you are campaigning to serve?

Menachem Raitport: I grew up in Boro Park, originally on 48th street, then I moved to Crown Heights after yeshiva to raise my family. I grew up in a Jewish neighborhood where there was always a mix of people from different sects of Judaism, yet there was peace and unity, which was beautiful. Today, I enjoy living in Crown Heights, home mainly to the Lubavitch and Brooklyn’s West Indian community. Many people don’t realize the West Indian population in Crown Heights is much more conservative than you’d think. The incidents of baseless violence we experienced recently were not from our West Indian neighbors, but misguided young kids. Years ago, there was prayer in schools, but our leaders advocated to have that removed for the sake of separation of church and state. This was a mistake: prayer in schools gave kids the sense that they were not their own boss, that they had to answer to a higher authority. Today kids think, “if I don’t have to answer to anyone else, I’m my own boss – I can do whatever I want!” And when you can do whatever you want, crime is no big deal. 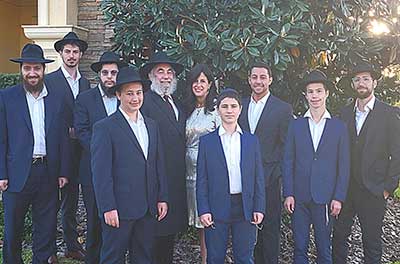 What do you think is the biggest reason we are still dealing with anti-Semitism in America today?

The biggest reason there’s antisemitism is a lack of education. And when it comes to education, New York is terrible. We are ranked as one of the lowest in the country as far as public education. We spend $20-28k on each kid and yet the graduation rate is less than 15%. I blame this spending disparity partly on unions but also on the Department of Education which is focused a lot today on indoctrination. Today, schools are willing to change the history books to match their liberal political beliefs and to paint Republicans as the problem. But the fact is that Abraham Lincoln and Martin Luther King Jr were Republicans. So, we need to go back to teaching basics.

We’re seeing widespread attacks on the infrastructure of our country’s schools, both religious and non-religious. From Critical Race Theory, to the silencing of parents by school boards, to challenging the curricula of faith-based education. The New York Times recently wrote an article criticizing yeshiva education. What is your take on this trend?

Take a look at some of the most productive people in society – many are yeshiva graduates. They own real estate, hotels and nursing homes. If we are as uneducated as the New York Times is claiming, how did so many Jews become doctors and lawyers, or other highly educated professions? A significant amount of New York taxes are paid by Jewish-owned businesses that are also yeshiva graduates. I believe the Department of Education should give a voucher for each child through high school, to either go to a public school with full tuition- or if they choose a private school, we should be willing to give them at least 10-14k, approximately half of that. It’s less than public schools, but I don’t think any parent who chooses private schools would complain about that.

It’s time to invest more in the public schools but please don’t tell us what to teach in the yeshivas where we are already producing a very good product.

Unfortunately for Democrats, the latest polls show the economy is the number one concern of most Americans, and the number one issue they will be voting on at the polls. Inflation has undermined the current administration since its very beginning. Why can’t they seem to find a way to provide Americans some relief from sky-rocketing prices?

Years ago, we could buy a dozen eggs for 69 cents on sale, regularly 99 cents. Now it’s $3.50 on sale. And eggs are supposed to be the cheap food! And how many people lost their jobs because of this administration’s war on fossil fuels? They want us to buy electric cars but how do they make electricity for those cars? America needs to go back to depending on fossil fuels and nuclear energy.

We can’t continue to put so much burden on taxpayers, our government is constantly overspending without any real accountability. For example, we should definitely help the people in Ukraine, but not at the rate of 40 billion dollars! We could have paid off everyone in America’s mortgage and still have some money left over with less than half of what we’ve given to Ukraine. Imagine what we could have done for low income or struggling families with that money!

There’s no doubt that crime has been on the rise and we’ve experienced record amounts of gun violence. How do we balance gun rights with protecting citizens?

When guns are outlawed, only outlaws will have guns. When Hitler got into power, the first thing he did was confiscate everyone’s guns, so no one could fight back against his tyrannical government. But today we see the lowest crime rates happen in states like Florida because criminals know the citizens have guns as well. For example, I’m for training teachers how to properly handle guns so that they can protect themselves and their students.

Many conservatives are still feeling frustration over the pullout in Afghanistan, to our attempts to appease Iran with a nuclear deal, our hardline approach with Saudi Arabia which provides for a lot of our energy needs, to condemning Israel for its handling of Gaza and the West Bank. Is the administration misguided when it comes to foreign policy? 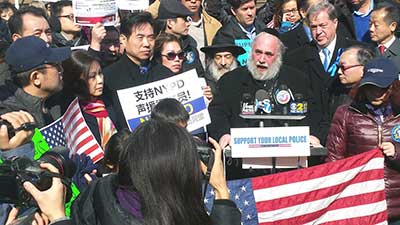 Iran is a wonderful country if you enjoy state-sponsored terrorism, but this administration that wants to line their own pockets make it obvious our foreign policy needs to be revamped. As for the United Nations, they’ve proven time and time again that they are anti-Semitic. We need to help other countries, but we need to take care of America first. Yes, we take care of Israel but we also get a lot of benefit from Israel. We’re not just blindly giving away money to Israel.

Let’s compare you to incumbent Congresswoman Yvette Clark, whom you’re seeking to replace in the upcoming election. Her positions on key issues compared to yours:


Yvette Clark (YC) supports a two-state solution for Israel and the Palestinians:

I disagree- it’s been proven time and time again, every time we tried to work with Arafat of Hamas and proposed this solution in the past- they rejected the plan and followed our good will with violence and people were killed.

YC is pro-choice and for government funds to be allocated for abortions:

If the mother is in jeopardy of losing her life – the mother’s life comes first. If a mother decides outside of this to hurt her unborn child – that’s her business but don’t ask the public to pay for it. Please leave the rest of us out of it.

YC had advocated in the past for expanded government spending programs:

Taxes come from hard-working Americans. Most people can’t afford the taxes they are paying now, how can we ask them for more?

YC has called for the abolishment of ICE (Immigration and Customs Enforcement):

Our country was built on the backs of immigrants. But we need to keep our borders safe. Right now, we’re experiencing an invasion on our southern border. The Biden administration has proposed 87,000 armed new IRS agents to go after hard-working Americans – instead let’s hire 87,000 new border patrol agents to protect our borders.

Tell us why you love America.

It’s diversity that makes America great. We’re all welcome here and we all have a right to live here. When a person has the right intent and wants to work hard he or she should be able to come here, as long as it’s legally – America is a great country because it was built by immigrants who were looking for a better life.

People think that because they are Democrat, they must vote Democrat. No! You should vote by your conscience who you think is best for our country. And mail-in ballots have proven to be problematic. You should have to bring an ID and you should have to vote in person. There’s no such thing as fool-proof when you vote by mail. People say they hate the government, but I ask: did you vote? My wife always says “elections have consequences.” If you don’t vote you can’t complain when things don’t go the way you like.

Just Like Before: Rules of Writing to the Rebbe

Rare Photos of the Frierdiker Rebbe

Watch Live From 770: An Hour with the Rebbe

Who and What Is Behind The Yeshivah Dress Code?

Photos: Yud Shvat at the Ohel

Over 500 Gather in 770 for Special Seder Sichos

Op-Ed: Is It Time to Talk About What Is Going on with Our Sons in Beis Midrash?