While we don’t yet know the cause of the Ethiopian flight 302 tragedy, airlines across the world are grounding their 737 MAX fleets until they know that they are safe. Planes in the air are even being diverted to land as I write this post. Written by Daniel Eleff for dansdeals.com • Full Article

The entire 737 MAX fleet is now grounded worldwide while Boeing can roll out new software that will pull data from multiple angle of attack sensors so that one faulty sensor won’t activate MCAS, which was a critical Boeing blunder. The software will also make it easier for pilots to disable MCAS.

Boeing first took heat for failing to inform airlines and pilots about the new MCAS system after the crash of Lion Air 610 last October.

Hopefully Boeing will figure out how to properly address the issues in short order.

Update: Canada has now restricted 737 MAX aircraft from their airspace based on new information they received this morning that caused the calculated risk to go above the risk tolerance threshold that they allow. 737 MAX planes currently in the air that are bound for Canada will be allowed to land.

While we don’t yet know the cause of the Ethiopian flight 302 tragedy, airlines across the world are grounding their 737 MAX fleets until they know that they are safe. Planes in the air are even being diverted to land as I write this post.

North American airlines are the exception for now, as Air Canada, American, Southwest, United, and WestJet continue to operate them as normal. Boeing and the FAA insist that the airplane is safe to operate, though even Consumer Reports is calling on Boeing to ground the fleet worldwide.

With airlines clamoring for a more fuel-efficient version of the 737, Boeing added larger engines onto the decades old 737 design to create the 737 MAX, rather than design a new narrow body airplane from scratch. This design required that the engines be mounted higher up and further forward than on older 737s.

The problem with the new design is that the planes are more prone to have an angle of attack (how the plane in pointed) that is too high, which can cause a stall. Boeing added angle of attack sensors that automatically point the nose down in order to avoid a stall. This system is called MCAS or Maneuvering Characteristics Augmentation System.

Faulty sensors in the Lion Air Flight 610 crash caused MCAS to take over and push the nose downward. Pilots typically respond to a situation like that by pulling back on the yoke (which is basically the steering wheel) to point the nose back up, but MCAS kept getting erroneous data from the angle of attack sensors and pushing the nose back down to avoid a stall as the sensors indicated that the nose was pointed too high.

Boeing decided to feed MCAS with data from just one angle of attack sensor, which leaves it vulnerable to a single malfunctioning sensor.

Boeing also failed to tell airlines about MCAS and the FAA signed off on pilots being able to move from the 737 to the 737 MAX without needing to learn about the MCAS in training. Doing so lowered the costs of training, which made the overall cost of the plane lower for airlines, making the 737 MAX more competitive versus the Airbus A320neo.

Boeing maintains that nothing has changed from the emergency procedures that should be followed from older 737s. By switching off two stabilizer trim cutout switches it would stop the plane from pitching up or down against the controls from the yoke. There were other sensors in older 737s that could have gone bad, and like MCAS, pilots are able to override them by following that same emergency procedure. That is the main reason that Boeing maintained that MCAS training is not required.

However, the exact MCAS response would be new for pilots without training for it, and especially in an inexperienced young crew, they may not properly follow all of the emergency procedures. On the ill-fated Lion Air flight, the pilots tried more than 2 dozen times to pull the nose up by pulling back on the yoke and by activating switches on the yoke that control the angle of the stabilizers on the plane’s tail. However, they never followed the emergency procedure from their checklist to turn off the two stabilizer trim cutout switches, which would have disabled MCAS.

Time will tell if the same problem caused Ethiopian Flight 302 to crash as well.

Pilots from many airlines were furious with Boeing for failing to disclose the MCAS system in order to properly train in how to override the system.

Boeing maintains that the 737 MAX is a safe plane and one would hope that by now all pilots are being trained in overriding MCAS when needed.

In the meantime, Boeing is rolling out new software for the 737 MAX. I’d presume that the new software will receive data from both angle of attack sensors and alert the pilots if one malfunctions. I’d also assume that Boeing will also make it easier to override MCAS.

Should you avoid flying the 737 MAX? Pilot training in the US is excellent and I have confidence in our system and in the FAA. However, it’s also understandable if people want to avoid the plane type while these issues are being sorted out.

If you are booked on a 737 MAX and feel uncomfortable about it, I’d suggest that you call or Tweet your airline to express your concerns and request a free change to a flight operated by another aircraft. You may need to ask for a manager or HUCA (Hang up and call again).

It’s not hard to check and see what plane your flight is being operated by. You may need to click details or the flight number when searching for a flight, but it would be obvious if it’s operated by a 737 MAX as it will always say MAX as can be seen in the screenshots below: 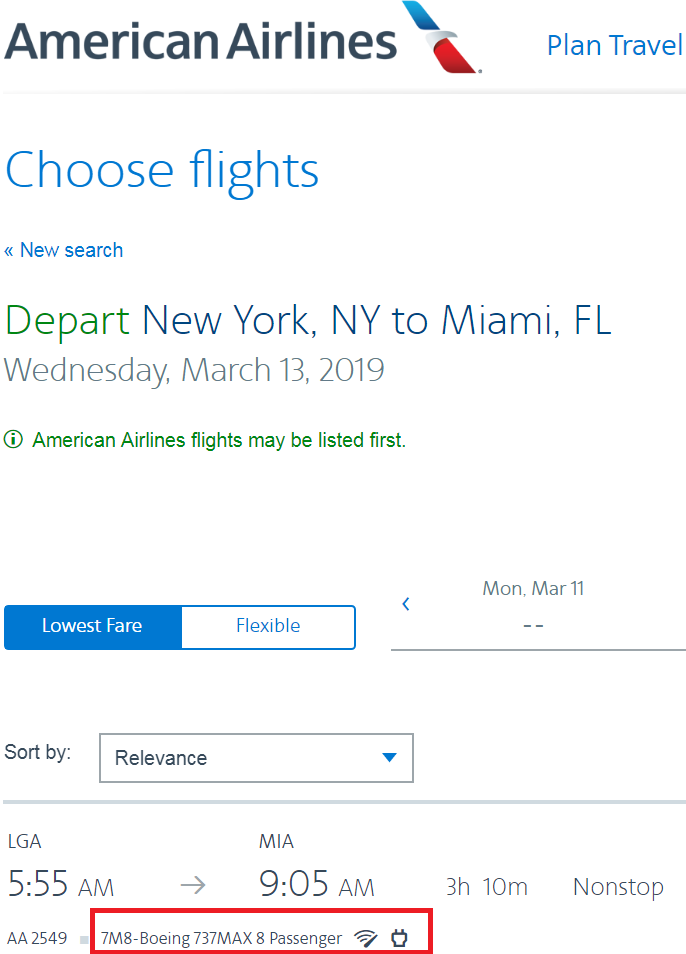 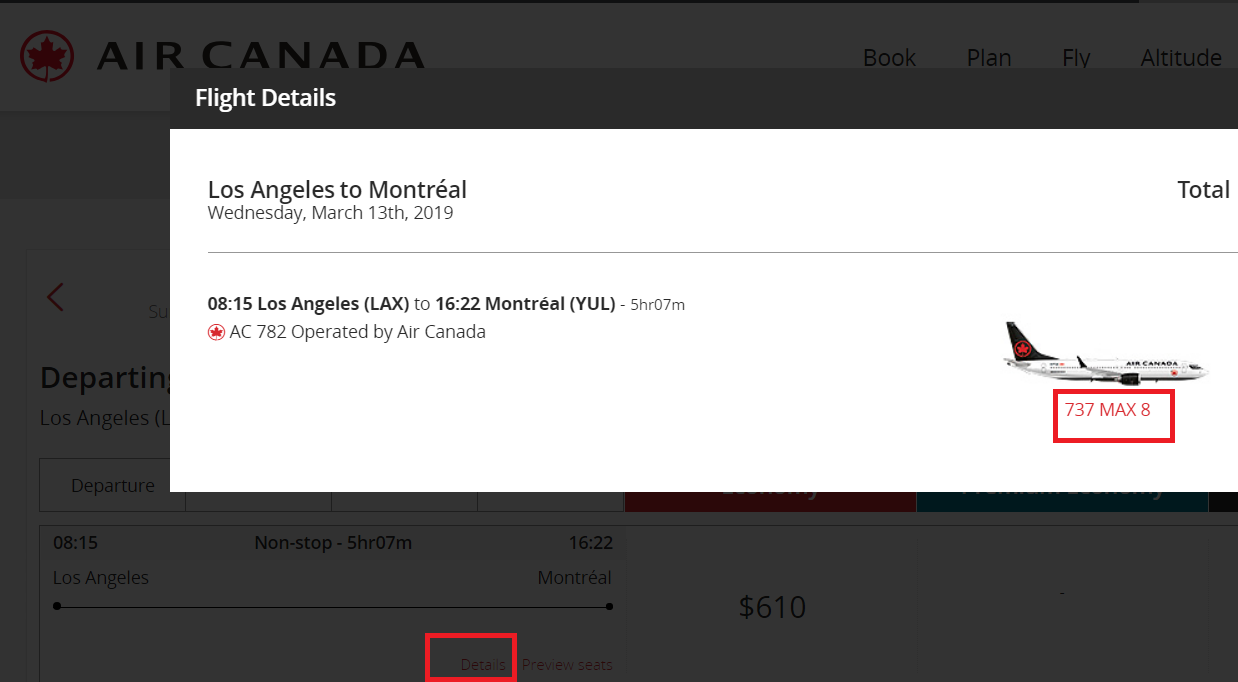 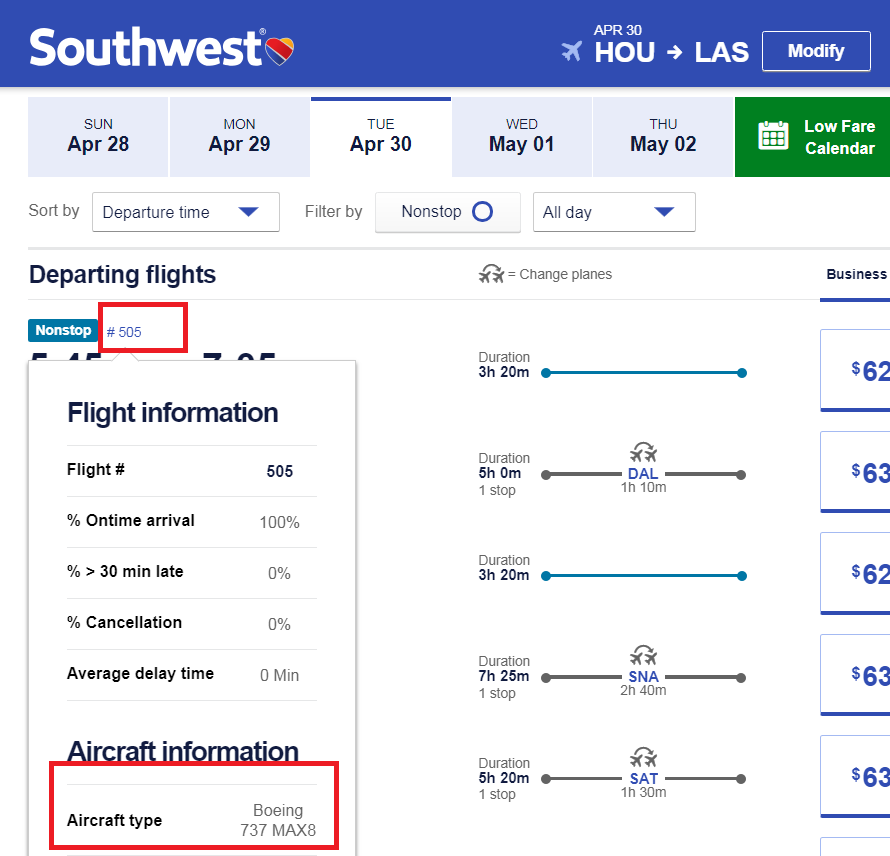 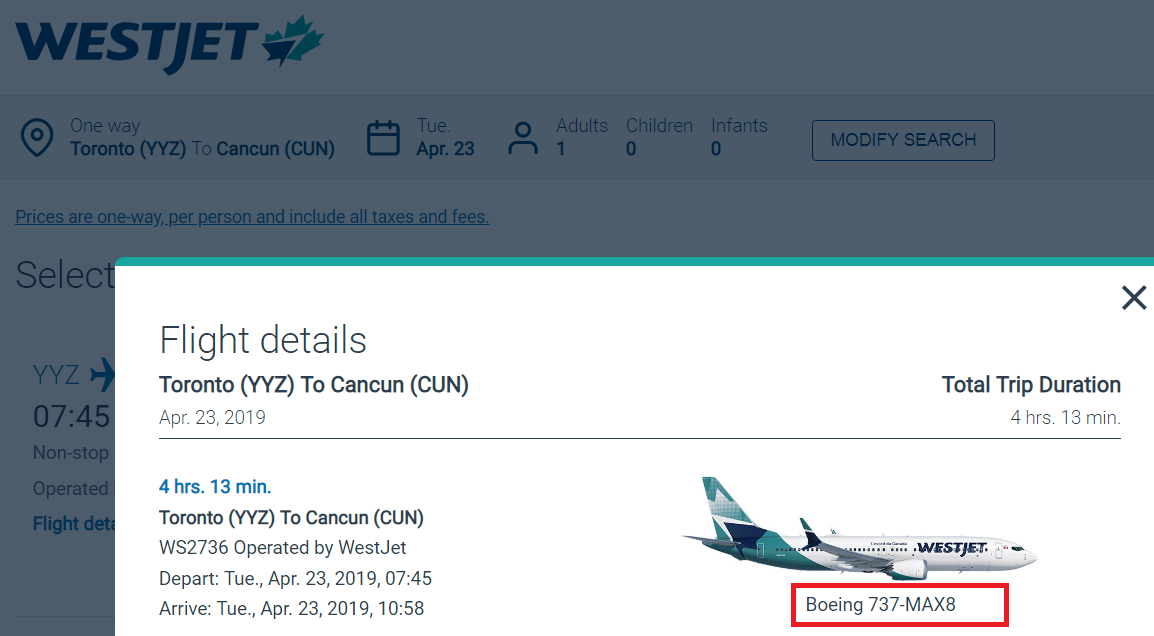 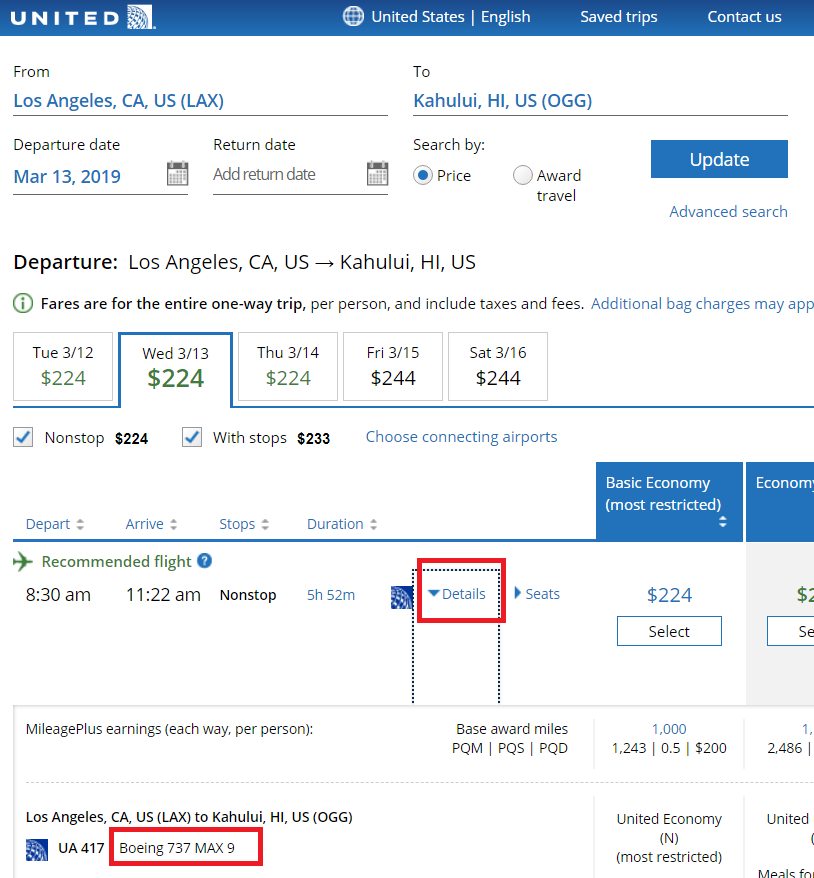 Dissolution of the Knesset delayed

You Are What You Read!

The Importance of Mikvah

Only A Moment Away

You Are What You Read!

“Rabbi Moshe, We Knew You Will Return!”

Starting On the Right Foot

‘Echoes of Ancient Persecution’ in New York’s Targeting of Yeshivas

Who Knows Best for my Child?