Teen terrorist was shot in front of dozens of children on a soccer field in Sheikh Jarrah. (Screenshot)

In a shocking terror attack demonstrating the worrying security escalation in Israel, a 16-year-old Arab stabbed a Jewish yeshiva student in a Jerusalem park near the light rail which is frequented by many parents and young children every Shabbos • Full Story, Photos, Videos

The attack occurred at about 4:15 PM near the Givat Hamivtar light rail station in a predominantly chareidi neighborhood. The attacker, from the nearby village of Anata,  stabbed the yeshiva student in the back, causing him serious injuries. He was later described as in stable but serious condition and is undergoing an operation. The attacker then continued running southwards towards Sheikh Jarrah, where he was eventually cornered by a policeman and shot after attempting to attack him.

Shimon Levi, a chareidi father from nearby Ramat Eshkol, described the incident on Kikar Hashabat:

“I went out with my wife and baby for a walk after the meal. We were walking on the path near the park when the terrorist ran past us. Miraculously he didn’t see us. He was shouting Allahu Aqbar and acting wildly as he ran to the park. 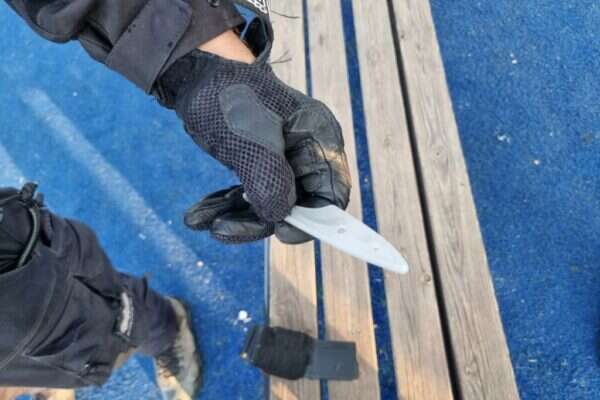 “I didn’t yet realize that it was an attack until I saw a young man on the ground bleeding and crying for help. I told my wife to run home and ran to help the man. I searched where his bleeding was coming from and placed my Bekeshe on him. He was semi-conscious and said that he couldn’t feel his lower body. He asked me if he would make it, I tried to calm him and called for help. I didn’t leave hold of the knife until an ambulance arrived to evacuate him as this is what I learned in a first aid course.”

A group of policemen and first aid responders arrived at the scene and began to treat the injured man until the ambulance arrived to transfer him to Shaarei Tzedek hospital.

Terror in Yerushalyim: 7 Injured In Shooting Attack Near Kosel

What Are The Minhagim For a Chanukas Habayis?

50 Moments: Yud Shvat By The Rebbe

Direct and Indirect Causation of Murder

What Are The Minhagim For a Chanukas Habayis?

Op-Ed: Is It Time to Talk About What Is Going on with Our Sons in Beis Midrash?